Accepted for of payment

Save time and avoid queues with AZAL web check-in

To proceed with the web check-in, prepare the following information that you will need to enter when prompted:

Read more about the limitations, conditions and restrictions of AZAL web check-in.

If you need to check or retrieve some information relating to your reservations, you can search for it in the Your Flight area. ATTENTION, it will only be possible to view reservations made on our site, not those made on other sites or through other agents.
To enter and search for Your flight, enter the following two information:
stato volo

Check the Status of your AZAL flight

Azerbaijan Airlines allows you to have flight status in real time.
To proceed you will need to enter the flight number, which you can find in the Your Flight section.
199 201 701
Customer service
199 201 701
Home Destinations Tiblisi

Discover the flights for Tiblisi of Azerbaijan Airlines from Italy

Fly and discover the capital of Georgia

Described, depending on the sources, as a European, Central Asian or Middle Eastern country, Georgia has long been a place of cultural and geographical contrasts. The climatic conditions and the landscape of this country represent a meeting point between East and West; its history is a long succession of empires, invasions, skirmishes, wars and massacres. However, this is also a nation characterized by the instinct of survival and the great scenic, cultural and gastronomic charm. Georgia is opening up to the world, and as civil tensions abate, the world is finally beginning to pay attention to it. [excerpt from the Lonely Planet]

A strip of Dolce Vita that stretches between the Black Sea and the Caucasus Mountains: Georgia, and its capital Tbilisi, are at the center of a gentle revolution that attracts more and more travelers. As a former stop on the Silk Road, the country intends to take back the role it had already played during the Soviet occupation (it has been independent since 1991): "making" the Monte Carlo of the East. And it succeeds through: the mild climate, the proximity to the mountains and the sea with locations such as Batumi, Kutaisi and Gori, wine, food, natural and human beauty, culture and architecture that combines pre-Roman ruins and Liberty buildings, socialist buildings and futuristic structures (often designed by Italian starchitects). The city's unofficial hashtag? #tbilissimo, a mix between the name of the city and the Italian "beautiful". We visited Tbilisi in the midst of its metamorphosis from “Stalinland” - yes, it was the birthplace of the fearsome dictator - to “California of the Caucasus”, as the New York Times recently defined it.

Tbilisi is a harmonious mélange of architectural styles that reflects the history of the city, including Jewish, Armenian, Azerbaijani and Soviet influences. Sololaki was the aristocratic neighborhood with splendid Art Nouveau buildings, including the Writer's House (inside a courtyard with the suggestive Cafè Littera). From that area you can walk up the (many) steps that reach the mammoth statue of 'Mother of Georgia' that dominates the city. Going down the other side of the hill you can admire the old city with its thermal baths and reach the Ponte della Pace designed by the Italian architect Michele De Lucchi, not far from the complex designed by Massimiliano and Dorana Fuksas.

For techno lovers, Tbilisi is a real mecca, so much so that it is considered a "new Berlin", with DJs coming from all over Europe to play in the city. 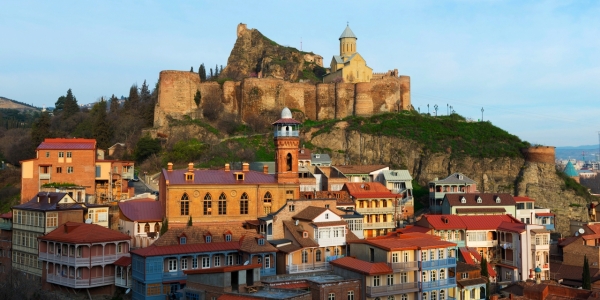 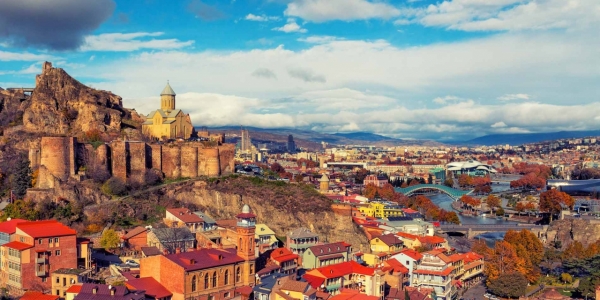 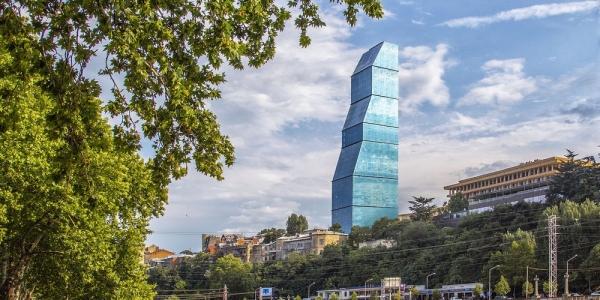 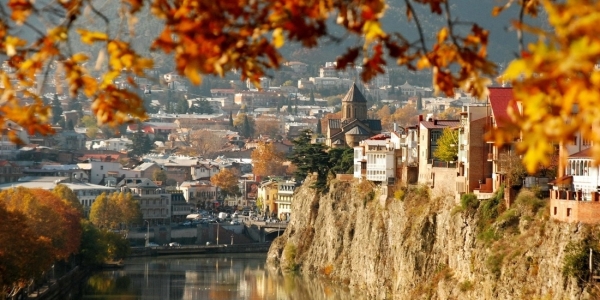 Do you want to stay updated on this destination?

Sign up for our newsletter to receive exclusive offers and the latest news from the Azerbaijan Airlines world.

Flights to / from Tiblisi